Mr. H is a 62 years old man from Chengdu, China. He came to my service in the summer of 2020. He had a history of coronary artery disease with angina pectoris requiring nitrites from time to time. He had a CT angiogram in August 2020 which showed mild stenosis in the near end of LAD and moderate stenosis of the mid portion of LAD at 50-69% (see below). 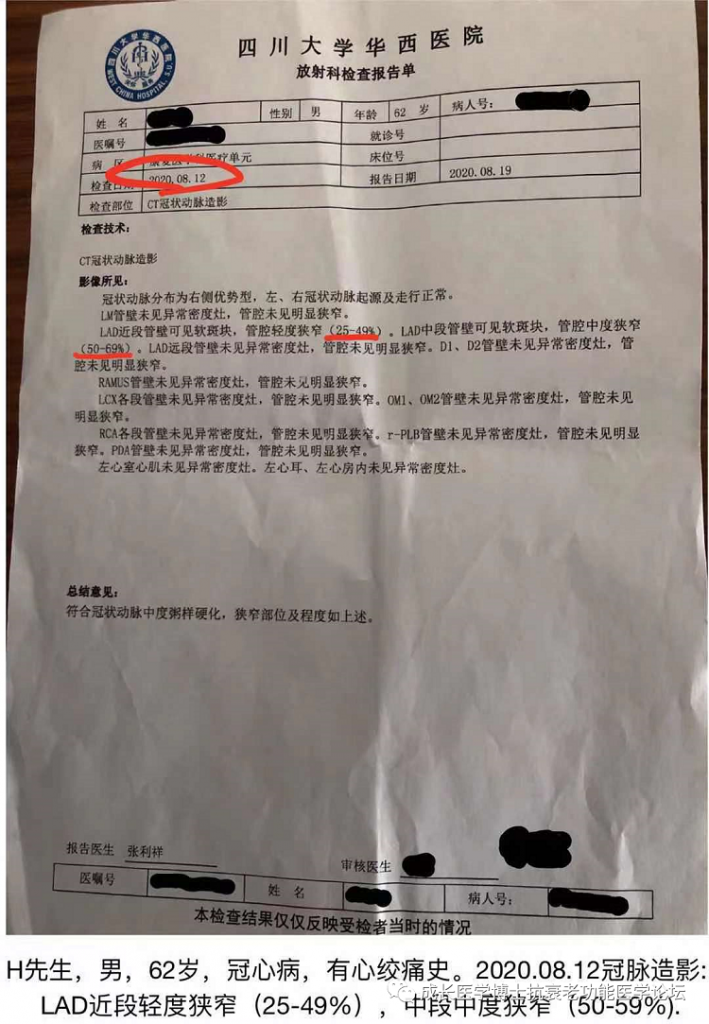 I advised him to start a low carbohydrate ketogenic diet (energy ratio: ~80%fat, 10-12% protein and 8-10% carbohydrate). I also specifically advised him to avoid high omega-6 polyunsaturated fats (most of the vegetable oils) and instead using animal fat (lard, butter etc) that are rich in healthy saturated fats, supplemented with omega-3 fats. I also advised him to cautiously and gradually (to his comfort level) take moderate exercise to the degree of sweating 2-3 times a week. Sweating is a great way for our body to get rid of some of the fat soluble toxins that we have been accumulating in our body. Also intermittent fasting (he eats 2 meals a day within ~8 hours with ~16 hours without calorie intake) was also advised.

In addition to these lifestyle changes, high dose vitamin C, nutrients to help liver detox and TotoCell Nutrients (containing sufficient doses of vitamins, antioxidants and mitochondrial nutrients as well as lysine and proline). I also specifically told him to avoid any calcium supplements.

Extensive research of Drs. Thomas Levy and Ron Hunninghake1–5 as well as that of Drs. Joe Mercola6, Chris Knobbe7 and Paul Saladino8, and others were quite impressive, convincing and led me to the above recommendation. Dr. Levy and I also co-authored a paper describing the mechanisms of atherosclerosis and our integrative orthomolecular approach to the management of atherosclerosis.9

Mr. H has been sticking to the regimen quite strictly. In the first few weeks, he experienced some adjustment issues which I told him was expected and not to worry. Gradually he felt better and his overall health improved. He never had an angina attack and he was even able to swim in the ocean. 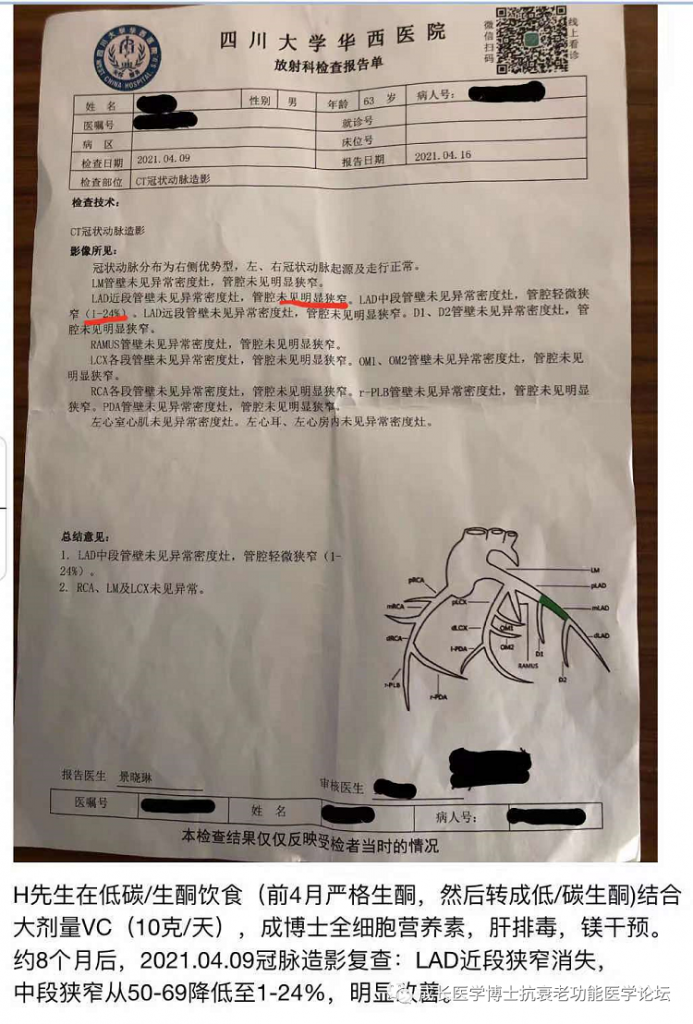 It’s well studied and generally accepted in the literature that coronary atherosclerosis is an inflammatory disease, which I described in more detail elsewhere15.

This entry was posted in Testimonials. Bookmark the permalink.