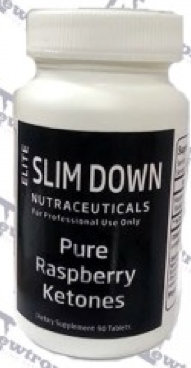 Raspberry Ketone drops combines the potency of raspberry ketone with other ingredients to support beneficial weight management and overall health in a convenient liquid formula, including:

Raspberry ketone (RK) is a natural phenolic compound of the red raspberry. The dietary administration of RK to male mice has been reported to prevent high-fat diet-induced elevation in body weight and to increase lipolysis in white adipocytes (fat burning).

Raspberry ketone was an effective intervention for NASH in rats. It was believed that raspberry ketone had a dual effect of liver protection and fat reduction, and the mechanism was probably mediated by alleviation of fatty degeneration of liver cells, decreased liver inflammation, correction of dyslipidemia, reversal of LEP and INS resistance, and improved antioxidant capacity.

Note: Raspberry ketone should be taken as part of a holistic diet: including restricted caloric intake (800-1200 cal/day, with at least 50 grams of protein) and other products, as well as exercise.

This entry was posted in Medications and Products, New Products. Bookmark the permalink.