Upon my invitation, Dr. Tom Seyfried, Professor of Biology at Boston College delivered this video lecture (English with Chinese caption) to the 2nd annual Conference of China Low Carbon Medicine Alliance on November 15, 2020. Dr. Seyfried is an internationally well known scientist on cancer metabolic theory. He published masterpiece Cancer as a Metabolic Disease: on its Origin, Management and Prevention in 2012. We translated it into Chinese and published in 2018. Cancer metabolic theory has received great responses internationally. 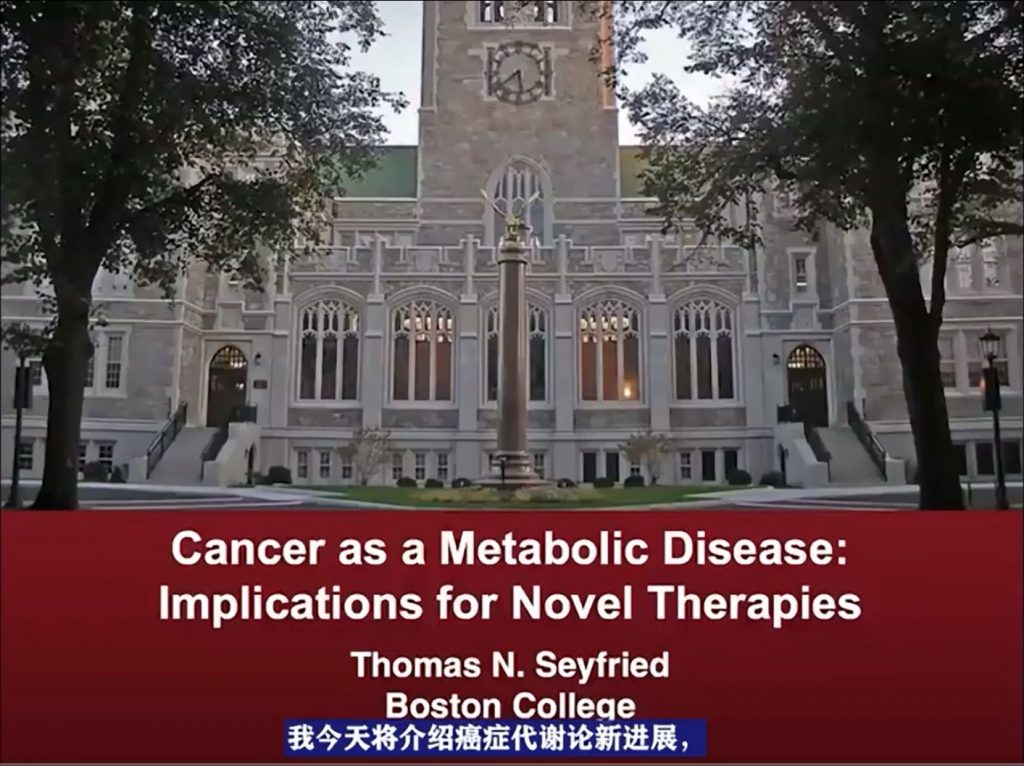 From pathogenesis to prevention and clinical management, cancer metabolic theory overturns the traditional cancer genetic mutation theory, better answers the question why cancer is still not a curable disease, and points to the right direction of cancer prevention and management. The initial results of cancer metabolic therapy both internationally and from our team are very promising. 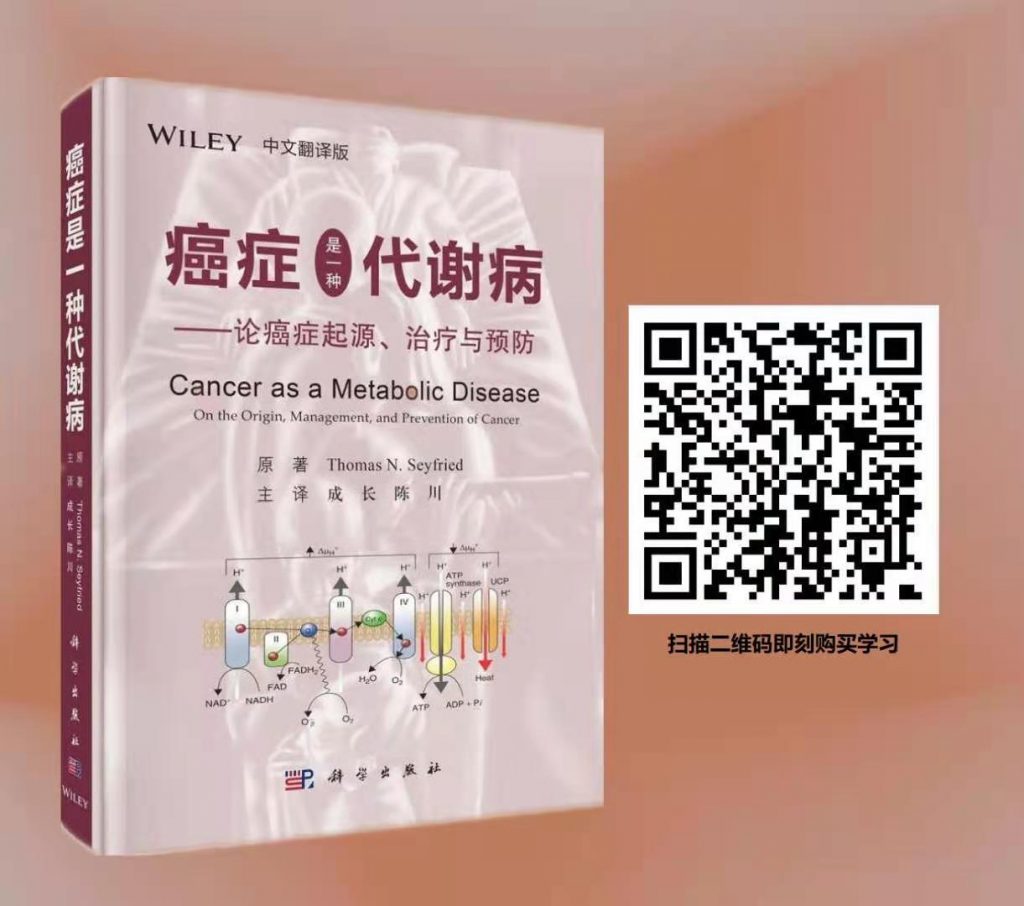 Most cancer are caused by various factors including carcinogens and unhealthy lifestyle. These factors not only affect our genes, but they also damage our mitochondria, the energy source of our cells.  A large number  of studies have pointed to the damage of energy production in mitochondria as the key mechanism of cancer development. When energy supply is insufficient, cells will die. But every cell is an independent life. In order to survive, cells shuffle genes to enhance the glucose and glutamine fermentation for energy production (so called substrate level phosphorylation) , which is normally suppressed. Dr. Seyfried also pointed out that this energy metabolism disorder is also the root cause of cancer metastasis.

Our integrative cancer management starts from lifestyle changes, especially diet (restrictive ketogenic diet), including nutrition (especially antioxidants, mitochondrial nutrients), toxin removal, and hormone balance. It’s not just the lifespan of a cancer patient that matters, but equally importantly the quality of life of these patients that matters. We do not only focus on the inhibition or killing of cancer cells, but also stress the importance of the overall health of the cancer patient.

Actually not all scientists believed this driver mutation theory.  Dr. Pete Pedersen of Johns Hopkins University and Dr. Thomas Seyfried of Boston College are among the leaders of a few scientists who believed that cancer is a metabolic disease, a disease not caused by the DNA mutations, but caused by the mitochondrial damage.  This is a very old theory, proposed by the late Dr. Otto Warburg, a Nobel laureate, back in the 1920s.  Warburg observed that while normal cells can burn both glucose and fat as fuel, most, if not all, cancer cells use glucose as their only or primary fuel.  Normal cells burn glucose through 2 pathways: anaerobic glycolysis or fermentation (i.e., in the absence of oxygen, glucose is converted to pyruvate and lactate with minimal energy production). But whenever oxygen is present, glucose is mostly burned through Oxidative Phosphorylation (OxPhos), in the mitochondria, which produces 18 times more energy than the fermentation process.  However, Warburg observed that cancer cells, even in the abundant presence of oxygen, uses mostly anaerobic glycolysis to produce energy.  This phenomenon is known as the Warburg Effect.  The PET scan we use for cancer diagnosis today is based on this glucose preference of cancer cells: cancer cells use far more glucose than normal cells as fuel.  Hence, radio-labeled glucose is injected into a patient which is then taken up mostly by the cancer cells.  The radio-label lights up the cancer cells like a Christmas tree.

The Major Problems with the Current Gold Standard of Cancer Therapies

Based on this theory that cancer cells mostly rely on glucose as fuel, one can devise a strategy to “starve” cancer cells by limiting their fuel supply (cutting off sugar and carbs in their diet and increase healthy fats as the fuel, or so called Ketogenic Diet), as well as using glycolysis inhibitors (to further block fermentation pathway of cancer cells).  This approach will seriously reduce the energy supply to the cancer cells while the normal cells are unaffected.  Using this approach (or some variation of it), people have achieved very promising results worldwide.  Here is a short list of some selected reports:

High dose vitamin C intravenously (HDIVC) for cancer treatment has been reported in the literature for a long time. HDIVC is safe and without significant side effects, according to the Physician Data Query, published by the National Cancer Institute, NIH, Bethesda, MD, if done properly under the supervision of a trained healthcare professional. We have extensive experience with this therapy.

We believe that cancer is a chronic disease and can/should be managed as such. We take an integral approach to cancer treatment with 2 goals:

Specifically, we use an integral approach to treat cancers (esp. advanced stage cancers) using the Restricted Ketogenic Diet + Glycolysis Inhibitors + Broad Spectrum Nutritional Supplementation + Large Dose IVC.  If you have any questions, please schedule an appointment by calling 803.233.3420 to come to talk to Dr. Cheng.

This entry was posted in Integrative Cancer Therapy. Bookmark the permalink.